I love success stories. Over the past 20 years, Shep and Ian Murray built a premier clothing brand business that has weathered price wars, the rise of fast fashion and the explosion in online shopping. Vineyard Vines, founded in 1998, now has 95 stores. Even more impressive is that the owners have maintained 100% ownership of the company! Read more:

Reviews have dubbed A Quiet Place, a “nerve-shredding assault on the senses.” Can’t wait to see it. In short, John Krasinski stars with his wife, Emily Blunt, hearing-impaired child actor Millicent Simmonds and British-born rising star Noah Jupe as a family who has survived the invasive predators that are hunting humanity. These monsters hunt by sound, with survival depending on silence. That’s what makes the movie so suspenseful — or so I’m told.

If you’ve seen it, let me know what you thought!

Previously, players in the G League could earn an “A” salary of $26,000 per season, while players with a “B” salary would earn $19,000 per season.  The league is trying to make it more attractive for players to stay and play here rather than go abroad where they could make a lot more money.

I’ve always wondered the same thing! Read through the comments, then add your own. 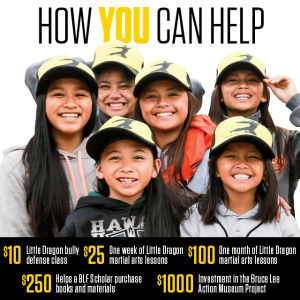 I just came across this today. The Bruce Lee Foundation, originally started as a grassroots movement to honor Bruce Lee’s philosophies and dedication to his craft and his life, has provided over $80,000 in financial assistance to students and families in the U.S.  This thriving 501(c)(3) not-for-profit organization is designed to motivate individuals around the world to become the best version of themselves.