In business, you can’t survive unless you know how to negotiate fiercely. There are some great tips in the attached article. Here are some key takeaways:

Check out the full article. Getting better at negotiations means you can walk away with what you want, most of the time!

In more LeBron James news, Lakers Nation announced that the NBA will partner with Beats by Dre (the official headphone, wireless speaker and audio partner of the NBA) starting in October. As part of the partnership, Beats will provide its products to players during events including NBA All-Star, NBA Draft, and international NBA games in China and Europe.

Beats will also collaborate with NBA teams to launch a line of its audio products, including team-branded headphones. This multi-year deal will celebrate Beats’ 10-year anniversary. Read more about it here: 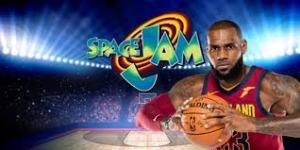 Well, it’s finally happening — the much anticipated Space Jam 2, a collaboration of LeBron James and SpringHill Entertainment, is in the works. The 14-time All-Star is set to star in the movie, and Ryan Coogler of the “Black Panter” will be producer. The word is that it’s not to be considered a sequel to the hugely popular 1996 live-action/animated sports comedy film, although Michael Jordan may have a cameo. We can only hope!

Check out these details here: 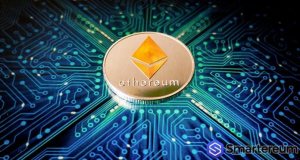 As you’ve probably gathered from my previous posts, I am fascinated by cryptocurrency. The most popular one, of course, is Bitcoin, which was actually founded in 2008. But Bitcoin isn’t the only player in the world of cryptocurrency. There are many others, from Litecoin and Ethereum to Dash and Ripple. They have some pretty funny sounding names but they’re all legit and all unique.

Check out the 10 most important cryptocurrencies other than Bitcoin:

If you’re a small business, you probably don’t offer a 401(k) plan for your employees. However, it could be very beneficial to look into it. If you’re not saving for retirement, chances are your employees aren’t either.

About 60% of small business owners don’t save the money they need for retirement. But a small business 401(k) provides desirable employee benefits as well as special tax incentives that you can take advantage of when offering retirement plans to your employees. The days when a 401(k) were outrageously expensive are gone. Check out this article to find out why.